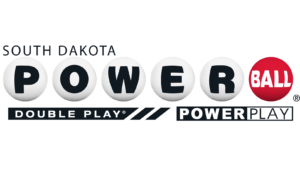 ***Mr. Goodteacher and Ms. Knodel have requested that the media please not contact them further about their win. They appreciate your consideration of their request. Thanks. WL

Emil Goodteacher and Donna Knodel became the South Dakota Lottery’s latest big winners by claiming a $2 million prize from the Aug. 28 Powerball drawing. The friends won the game’s second prize, which also doubled due to the Powerplay feature.

For Goodteacher and Knodel, the big prize was the culmination of a routine the two friends had to purchase tickets and split any prizes. The two have purchased tickets since the late 80s, and their biggest win prior to the Aug. 28 drawing was $400.

“We’ve been friends for a long time,” Knodel said. “We both kind of have a pact. If anyone wins, especially if it’s a big one, we split it.”

Knodel and Goodteacher’s win marks the first Powerball million-dollar prize sold in South Dakota since June 5, 2013. While the drawing generated some buzz throughout the state, they didn’t immediately realize the $2 million prize was theirs.

“We found out about a week later when we checked the tickets,” Goodteacher said. “The machine said we needed to take it to the front desk, and it turned out that we needed to complete a form and take it to Sioux Falls. I looked up my numbers and thought it might not be a big one because we didn’t match the Powerball.”

Knodel had heard rumblings of the $2 million ticket being sold at the Hy-Vee, and at that moment, she began to realize that they may have a life-changing prize.

“We talked about it then I heard that there was a big winner from Hy-Vee,” Knodel said. “It’s like ‘wait a minute here, are you sure it’s us?’”

Knodel noted that she and Goodteacher quickly put the ticket in a safe space then took their time in determining their next steps.

“I called my tax man and visited with him, Knodel said. “He gave me some advice before we jumped into anything. I read some things on the internet, and we decided to take our time. It’s a lot of money, but it can also go fast if we aren’t careful.”

While Goodteacher and Knodel took the proper steps before claiming their prize, the excitement was undeniable.

“It sunk in right away for me,” Goodteacher said. “I’m not a person who gets excited about very much. The good thing was that I didn’t lose a lot of sleep.”

With the prize claimed, Goodteacher and Knodel have some big plans ahead. Each noted that they will buy a new vehicle and share the wealth with their families.

“I’m 69-years-old and I’ve never owned a house,” Goodteacher said. “I want to buy a house. I’ve also always drove used vehicles, so I want to buy a new vehicle. I also have children and grandchildren who I want to share it with.”

“I don’t know what I’ll do. I’m going to be careful with it,” Knodel said. “I need to buy a car and my house needs to be fixed up. I might start with that. I also have children who I’ll help bail out of some school loans.”

While Knodel and Goodteacher have now experienced a life-changing prize, they’re still chasing their jackpot dreams. The friends noted that they will continue to play.

“We bought some tickets today,” Goodteacher said. “You can’t win if you don’t play.”

The winning ticket was purchased at Hy-Vee Food Store, located on 2100 Broadway Ave. in Yankton. The retail location will receive a $25,000 retailer incentive for selling the winning ticket.